Root canals are dead bodies (and, as such, should be buried six feet below Earth’s surface)!

Let us get clear about the issue, really.

Some will argue that the “gangrene of the tooth” is limited to the soft tissue within the tooth’s pulp chamber, gangrenous pulpitis; that the hard exoskeleton of the dental organ—Odonton—has no relationship to being alive, and, therefore, could not be considered gangrenous.

But there is a corpse in the attic.

Goldman DDS, et al, does this in his attacks regarding the safety of “gangrene of the dental organ—the human tooth” without a deeper understanding of the mechanisms of tissue physiology, biology, chemo-electro-magnetic homeostasis, and the compelling dependent interrelationship of these specific layers of the dental organ (tooth and supporting structures including proximal alveolar bone of its jaw segment) starting from the inward to the outward with:

The following schematic diagrams will illustrate the fundamentals of fluid flow to the outside and begin to transmit that the circulatory system is essential for the oral-dental health of the human being.

The migration of electrolytes—the flow of all kinds of fluids from deeper tissues within—beginning with the apical alveolar bone and intimately connected radicular bone outward through all the tissue layers previously mentioned above, 2) through 8), is well documented. Lamaras, Leonora, and Steinmann have documented this beyond argument. One may offer without evidence to the contrary that “teeth sweat,” just as the human skin sweats, eyes tear, toxic gas vapors come out of the lungs, and waste products from metabolism are excreted in the form of gas, urine, and fecal matter.

Everything from the inside of the human body flows to the outside for life to live. This is true with the Odontons, also. Gangrene in a little fingertip includes the nail. Gangrene of the fingertip bone and soft tissue, including the nail, is treated by surgical resection of the entire fingertip, including the nail. The hand surgeon does not reattach the nail to the dead bone and soft tissue. What we do in dental surgery is reattach the nail to a little fingertip by doing a root canal.

It is a grave misperception, pardon the pun, to be informed that a root canal (root cadaver) is a normal and healthy way to retain a “devital tooth”—dead tooth. In an early January 1968 morning lecture at the University of Michigan School of Dentistry, we students were told to “never refer to a gangrenous tooth as being dead. Say it is ‘devital.’ You’ll get better acceptance of root canal therapy in your dental practice.”

How true this was – until I began to question the practice of root canal therapy myself. After a year of intense investigation into the other side of the issue we so blithely accepted as students, I concluded in 1981 that this practice was physiologically and biologically unacceptable.

So what do I suggest instead of root canal therapy in my practice to save the dental organ, the tooth? Simply, extract or remove dead and dying tissues form the mouth and jaws. “If it is dead, it should be out of your head!

Logic will offer that dentistry is the only profession that advocates the practice of leaving gangrenous tissue in the human body. The definition of gangrene is: the death of tissue due to loss of blood supply. The reason a tooth dies is due to lack of blood supply.

When the tooth dies, it is a dead body, or organ, in one’s mouth. No amount of medication or scrapping inside the tooth will make it sterile or save it. Asks your doctor about this: Ask, “After you treat me, will the root canal tooth be sterile and will it remain so?” It is like being half alive or half pregnant. What can your dentist say?: “Oh, it’s half sterile”? It is or it isn’t!

When there is gangrene in any part of the body, the good surgeon will remove that from your main body. If he does not and knew about it, he is subject to legal action, for this is ethically and morally bad practice.

But we dentists get a bye. “Well,” we say, “it is only a tooth, and how could that hurt you?” Ask the many who have suffered that route of treatment. They will tell you.
When an animal dies or when we die, where do we put the body? We put it into the ground for sanitation purposes, for civilized society demands this. And this is where all dead teeth should be put, too.

The vibrations of a root cadaver are those of a dead human body. The chemicals given off by dead bodies are cadaverine and putracene, to name but two, and many kinds of bacteria, viruses, molds, and fungi. These leach out of the continuously decaying, decomposing, tooth structure into your blood stream. We knew this 100 years ago, and microbiologists and other scientists are now revisiting this truth – that every part of your body is connected to every other part; 80 trillion cells, all connected.

So where should you put your root canal teeth?

Most certainly in the ground, but only after you separate your human body from the dead body in your mouth, your root cadavers. These you see here are routine pictures of dead teeth:

RC with absecss attached to root

Shadows about root tips are abscess

The pathological tissues such as granuloma, cysts, abscesses, marked acute/chronic inflammation, and necrotic bone, to name a few, are the drainage field of the septic tooth. Nature attempts to prevent toxic dissemination throughout the full biome thus insuring its health, hopefully.

A septic tank analogy is valid here in that the dead tooth or dental implant is a reservoir for corrupt matter and their liquids and gases, leaking out into the underlying bone, lymphatic, blood vascular, neurological tissues—apical tissues.

After removal of a gangrenous tooth, a root canal tooth or implant—both septic conditions, what should you do?

Replace the missing tooth, if you can.

Many dental doctors today will advise that you should do a dental implant or traditional fixed bridge to replace your missing tooth. They have no alternatives to avoid leaving you with whittled down teeth looking like pegs or a very invasive, potentially damaging bone/jaw procedure of implant surgery where a hole is drilled into your bone through your gums and a screw post inserted. After 4 to 6 months of healing, if all goes well, the screw post will be topped off with a crown of some kind.

My advice is to avoid implants, flippers, or traditional bridges that require the mutilation of the support teeth. Focus on replacement with the Carlson Bridge® “Winged Pontic” tooth replacement system. In this regard, we simply attach a prefabricated tooth, a “Winged Pontic,” to the good support teeth on either side of the space.

To learn more about some of the problems associated with dental implants, see Dr. Carlson’s article “Actinomycotic Oral Infection (Modern Dental Implants and Root Canals)” in the Biological Dentistry Journal. 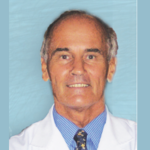 Dr. RS Carlson graduated from the University of Michigan School of Dentistry in 1969 and completed Post Graduate training in pediatric dentistry with Strong-Carter Dental Clinic, Honolulu, Hawaii, 1970—71. He is a founder of Kokua Kalihi Valley Dental Clinic in 1973 and volunteered from 1973 to 1980, serving low-income families and immigrant populations from the South Pacific Islands and Asia. He has maintained a private practice in Honolulu since 1971, emphasizing Bio-Logical Dentistry. He can be reached at (808) 735-0282, ddscarlson@hawaiiantel.net or carlsonbiologicaldentistry.com. Disclosure: Dr. Carlson is the inventor of the Carlson Bridge® “Winged Pontic” tooth replacement system, a noninvasive approach to replacing missing teeth, with patents issued in November 1999 and October 2001.