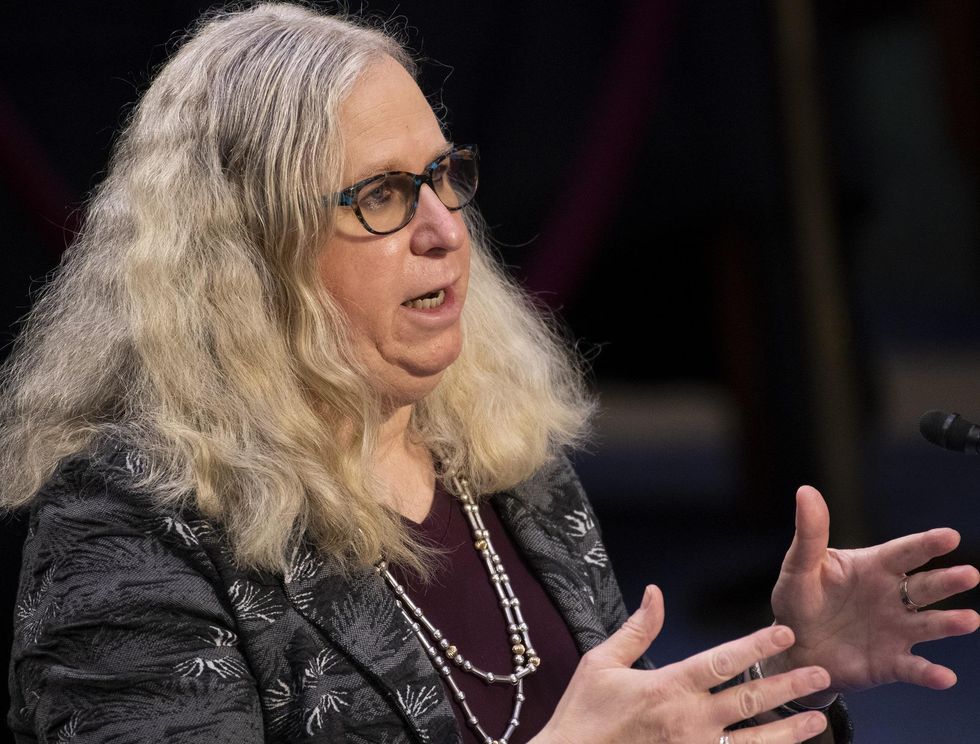 The Senate voted Wednesday to confirm Dr. Rachel Levine as the nation’s assistant secretary of health, making the former Pennsylvania health secretary the first openly transgender official ever confirmed by the upper chamber.

What are the details?

Two Republicans, Sens. Lisa Murkowski (Alaska) and Susan Collins (Maine) joined all Democrats in approving Levine’s confirmation, with a final vote tally of 52-48. She is expected to oversee Health and Human Services offices and programs across the U.S.

LGBTQ advocates hailed the news, with Alphonso David, president of the Human Rights Campaign, issuing a statement saying, “With the confirmation of Dr. Rachel Levine, we are one step closer to a government that mirrors the beautiful diversity of its people.”

In a statement to The New York Times, Levine said after the vote:

“As Vice President Harris has said, I recognize that I may be the first, but am heartened by the knowledge that I will not be the last. When I assume this position, I will stand on the shoulders of those who came before — people we know throughout history and those whose names we will never know because they were forced to live and work in the shadows.”

Levine went on to address transgender youth in particular, writing:

“I know that each and every day you confront many difficult challenges. Sadly, some of the challenges you face are from people who would seek to use your identity and circumstance as a weapon. It hurts. I know. I cannot promise you that these attacks will immediately cease, but I will do everything I can to support you and advocate for you.”

Levine, 63, is a pediatrician who served in senior medical positions at Penn State Milton S. Hershey Medical Center before being appointed to serve as Pennsylvania’s physician general in 2015, The Washington Post reported. In 2017, Levine became the state’s health secretary.

Levine’s handling of the coronavirus pandemic in her most recent role fell under scrutiny from Republicans, most notably for Pennsylvania’s controversial policy of placing elderly COVID-19 patients into nursing homes in order to keep hospital beds free.

Levine has defended that decision, along with her decision to move her own 95-year-old mother out of a personal care facility due to the pandemic, TheBlaze previously reported.

How did one senator react?

Republican Pennsylvania Sen. Pat Toomey explained his “no” vote on Levine’s confirmation to the Associated Press, saying, “In Pennsylvania, the pandemic struck seniors in nursing homes disproportionately hard compared to other states. This was due in part to poor decisions and oversight by Dr. Levine and the Wolf administration.”

He added that an extended lockdown pushed by Levine “was excessive, arbitrary in nature, and has led to a slower recovery.”